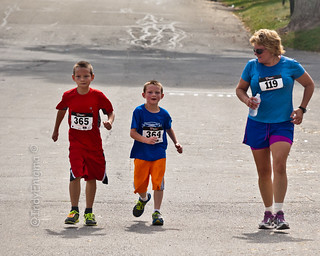 Beth (as we will call her) was an energetic nurse in her mid-thirties with two young boys to chase around.  She was an elite runner in her early twenties, but these days walking a few blocks was a painful chore and picking up her kids was nearly impossible.  Pregnancy had done a number on Beth…twice.  She had endured the slow nine months of body changes.  She had powered through the labours and deliveries and ended up with two lovely little boys to watch grow and thrive, but her body as a result decided to stop cooperating with her desired lifestyle.  She went from competitive running, to running a few times a week with discomfort, to just chasing her kids around in pain, to simply walking being a painful task in a period of just a few years.

When Beth first walked into my office she had “tried physio, massage, chiro, core training, prolotherapy and IMS” for her back problems with mixed success.  IMS (intramuscular stimulation) had provided her with the most relief, but she still sat in front of me with a dysfunctional body so she obviously needed something more or different to help her get her body back.  Her goals were simple: walk without pain, play with her toddlers and generally live an active lifestyle.  I had to push her to include running on that list because she had resigned herself to the idea that she would never run again at the age of 37.

To look at her, Beth was a thin, lean looking runner with a big smile on her face and a positive attitude, even though her body had crapped out on her.  She appeared to have all the pieces, so why was she still having so much trouble?  Therapists had massaged her, needled her, stretched her, cracked her and strengthened her but she still couldn’t even walk without significant discomfort in her back.  Read More

As I write this post, my wife is 32 weeks pregnant with our third child in three years, so I dedicate this one to Katie….you, and your body, have endured more than most can imagine.

I will concede right off the bat that I am not a woman and have not been pregnant, but I have worked with and treated women at all stages of pregnancy, including immediately after C-sections and women 20 years later that are still trying to get their bodies back.  From what I have seen, there is no other experience a person can go through that is both physically and mentally more challenging on your body than getting pregnant, having the baby, and making it through the first five years in one piece.

Medicine has come a long way in making sure that the mother and baby are physiologically OK from conception through to the birth, but there still remains a significant lack of proper support and education for women when it comes to pain, posture, movement and physical function both during and after pregnancy.  The most important factor to consider is that most women don’t have great posture, movement mechanics or strength before they get pregnant, so this issue it not solely created by pregnancy, but merely exposed by it.  Most women are not used to carrying 10-30lbs around all day, or having to bend and pick things up off the floor sixty times a day, or hunching over breast feeding time and time again.  These are physical demands that would be hard on anyone, but particularly hard on someone whose body has changed so dramatically in a relatively short period of time and is functioning on very little sleep.

If you haven’t already please read everything your mother taught you about posture is wrong or how to stand.  Read More