My Eye Injury: One Year Later 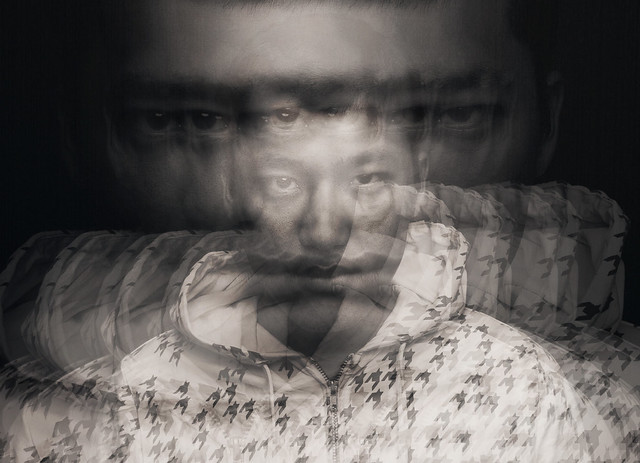 Imagine walking down the sidewalk on a nice summer day, enjoying the scenery and the sunshine all around you.  Now imagine taking a visual picture of what you see in front of you and copying it.  Take that copy and paste it diagonally up and to the right so that it overlaps half of the nice beautiful scene you are looking at.  Now take that second copy and strip all the detail out of it and cover it with a thin layer of milky water.  While you are at it, put a big smudge on anything that ends up in the centre of the picture and add distortion to anything that might be a straight line.  I have this milky, distorted, hologram version of the world superimposed over my proper vision now and it sucks.  And that’s not even the worst part, when I walk or drive I get the sense that the shitty hologram world is moving at me faster than the clear real world.  For example, every morning when I walk from my parking spot to my office there are a series of tree shadows across the sidewalk and a set of two manholes that I walk over.  As I approach the shadows and the manholes, I see double of everything, but as I get closer and closer to the real objects, the amount of the displacement of the second blurry pictures gets less and less to the point that they almost become one object as I pass over them.  The fact that my double vision gets worse the further an object is away creates the illusion that the world on the right of me is coming at me twice as fast as the world on the left of me even though they are actually distorted pictures of the same thing.
Read More
Posted in Blog, Case Studies, Education, Pain Tagged with: eye injury, mental health
— No Comments ↓

My Eye Injury: A physical and emotional battle

This article is a detailed account of the past 90 days of my life.  A big part of me wants to forget everything that happened to me over the past three months, but something inside of me wants to tell the story.  I warn you, that every time I go into detail about what I actually went through, people squirm and shy away, so this is my forum to get it all out.  It was the darkest, lowest part of my life to date and I am still only just collecting myself to re-establish some normalcy for my family and business.  I returned to work just a few weeks ago, under three weeks after my fourth eye surgery in two months after I was struck in the right eye with a hard orange floor hockey ball on August 19th, 2014.

My wife and three children were away at our family cabin.  I had returned to work for the week after an amazing almost 3 week holiday, but I only made it to Tuesday before my world changed.  Earlier in the summer a client had told me about a regular pick up floor hockey game at a nearby community centre.  I went a few times before my vacation, but I was the new guy amongst a group that had been playing together for a while.  The only guy I somewhat knew was my client who had told me about the game.

The game was social, but competitive.  Every guy had a different level of protective gear, but most did not have any form of eye protection.  I happened to have my squash goggles with me, but forget them in the car because I was running late.  I had never worn eye protection playing floor hockey before, but was definitely considering it with this group; unfortunately I never got the chance.  I decided to jump right into the game and was having a great time.  I scored five goals in the first two games before it happened.  I ended up in the corner just off to the side of net.  I turned back to follow the ball when I saw a split second of an orange ball flying right at my face. Read More